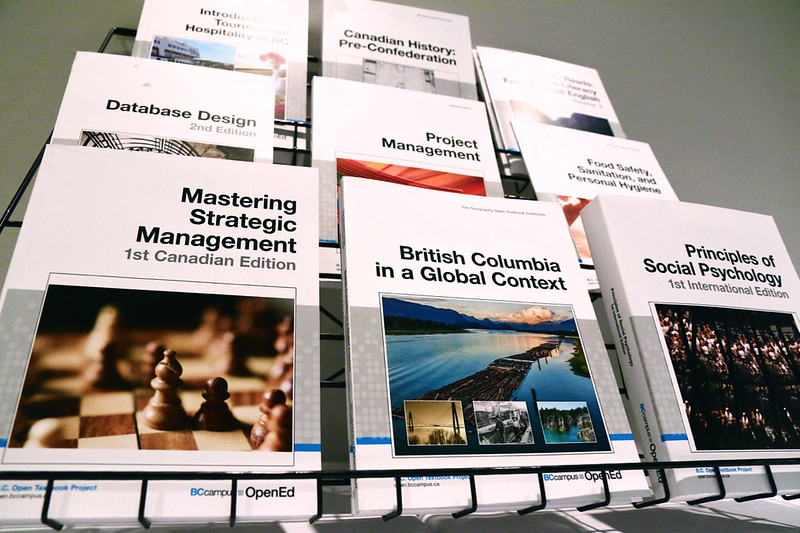 Earlier this fall, the government of Manitoba announced a post-secondary open textbook initiative for the province of Manitoba. BCcampus has been working with our colleagues at Campus Manitoba to launch an open textbook project in Manitoba. The Manitoba Open Textbook Initiative launched on September 29, 2015.
The goal of the Manitoba project is to gather 25 reviews of existing open textbooks from qualified Manitoba post-secondary faculty. The open textbooks being used by Manitoba are books that BCcampus has curated and collected as part of the BC Open Textbook Project. BCcampus is also providing logistical support to Manitoba to help facilitate the reviews from Manitoba faculty.
Reviews of open textbooks from Manitoba faculty will benefit BC faculty as those reviews will be displayed alongside existing reviews from BC faculty. Open textbooks reviews are meant to give faculty an idea of the quality of the open textbook, and to help identify problems and areas of concern with open textbooks that could be fixed in future adaptations.
While BCcampus is working specifically with the province of Manitoba on this initiative, it’s important to note that the open Creative Commons licenses used on the open textbooks in our collection are not geographically restricted, meaning that anyone anywhere is free to download, modify, copy and redistribute any textbook in the BC Open Textbook Collection as per the permissions granted by the Creative Commons license.
Photo: Open textbooks fill digital shelves, Province of British Columbia, CC-BY-NC-ND