Last week, several BCcampus staffers attended OpenEd 2014 in Washington, DC. Partly because of the work we’ve been doing in the OER space in the past two years, conference founder David Wiley announced Vancouver will be the site of next year’s event. 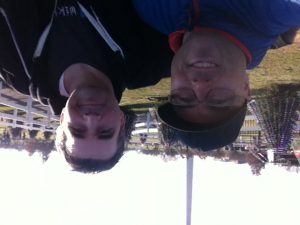 At the conference, BCcampus manager for OER, Clint Lalonde, and developer Brad Payne presented on the work Brad has been doing to add an api to PressBooks. Our other OER staff, Amanda Coolidge and Lauri Aesoph, also presented on how we’ve been managing Open Textbook adaptations here in B.C.

Other B.C. Institutions were represented at the OpenEd conference as well, with excellent presentations from UBC’s Will Engle and Novak Rogic, UBC faculty (and BCcampus Faculty Fellow) Christina Hendricks, RRU’s George Veletsianos, and JIBC’s Tannis Morgan.

On efficacy and learning resources

One of the most interesting topics at the conference, according to Mr. Lalonde, was one on measuring the efficacy of OER in teaching and learning. “If there is no significant difference between learning outcomes with students who use free open learning resources and a $200 commercial textbook [and it appears there isn’t], then why use the commercial textbook?” he wrote. However, it seems “There is not a lot of research on efficacy of textbooks, period.”

In his blog post summarizing his conference experience, Clint says he took a lot of notes about the logistics of putting on an international conference of 500 people. Last time we hosted this conference in Vancouver (in 2012) we didn’t have quite that many attendees. We are looking forward to the challenge!