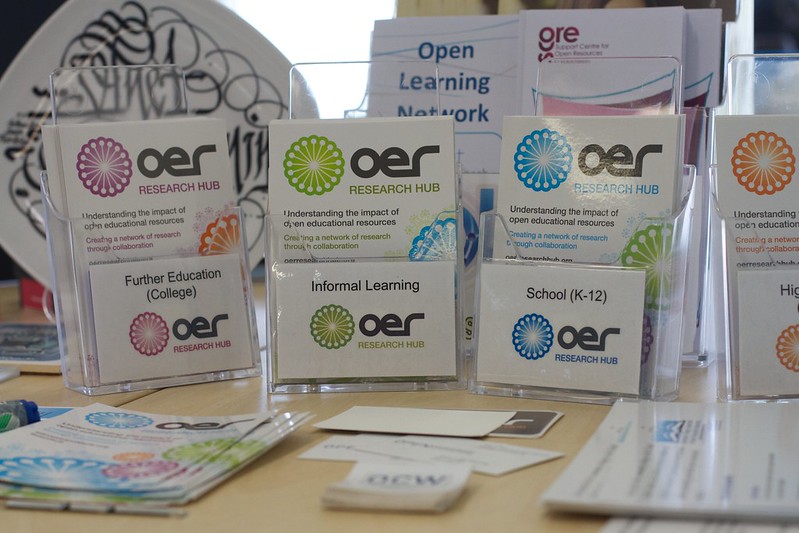 The OER Research Hub has published a new study in OpenPraxis looking at the impact of OER on teaching & learning practice.
The Hub has been working with numerous OER and open education projects around the world, gathering data clustered around their 11 hypothesis, and this report pulls data from 15 open projects, including the BC Open Textbook Project, where I’ve been working closely with Beck Pitt and the BC Open Textbook Faculty Fellows for the better part of the past year gathering regional data from BC faculty.
While there is much to dig into here around the 11 hypothesis, a couple things stood out.
First, contrary to other findings on remix and adaptability that have shown relatively little customization of OER’s and open textbooks, the Hub’s research reports a relatively high degree of adaptation of OER’s (77.7% of educators, formal, and informal learners reported adapting content). However, this wide difference could be attributed to the fact that adaptation wasn’t explicitly defined in the research and was left open for the respondents to determine what qualified as adapting content.
Interestingly, it is not the open licenses that enables more experimentation with the content (only 14.8% of educators reporting that they use open licenses to share content), but rather the fact that the resources are online that enables adaptation. Being online is a much more important factor in reuse and adaptation that being openly licensed.
With all the recent post OpenEd talk of the value of open textbooks for changing educators practices, one of the more tentative findings that stood out for me showed that educators who are exposed to OER’s tend to seek out more OER’s and are more likely to share their own resources.
The findings here are primarily clustered around 2 projects: OpenStax and Siyavula. In the case of Siyavula, I know they have done extensive work in teacher training around the use and creation of OER’s, using book sprints as a workshop model. So, teachers using OER’s as part of the Siyavula project are not only using OER’s, but are deeply immersed in creating and adapting OER’s with support, which would tend to increase their overall understanding of OER’s. These types of collaborative sprints may also account for the fact that Siyavula teachers reported more collaboration with their colleagues as a result of using OER’s (50%) with over 70% of Siyavula teachers also saying that they often compare their teaching with that of their colleagues.
Also relevant to the open textbook debate and the value that open textbooks & OER’s in general have in changing faculty practices, there is evidence that faculty who use OER’s reflect strongly on their practice with 64.3% of those surveyed saying that they use a “broader range of teaching and learning methods”, and they are likely to compare their own teaching with others. There is also an interesting tidbit that over a third of educators who use OER have blogged in the past year, showing a connection between using OER’s and other forms of open participation.
Photo: OER Research Hub is in the cards Alan Levine CC-BY